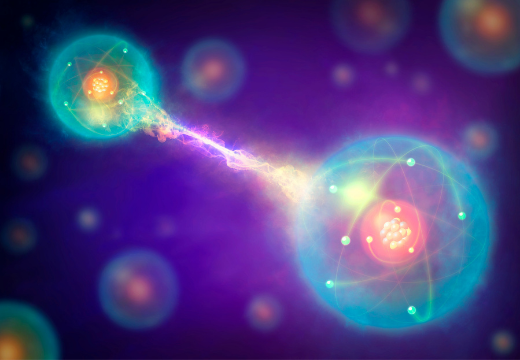 About a four-hour drive from our headquarters in Lancashire, a ring of Sarsen stones stand, surrounding an inner ring of Bluestones on the Salisbury Plain. British archaeologist William Stukeley declared the Neolithic monument as a place of worship and more recent evidence indicates that the Druids and others from afar brought their sick here to heal, like an ancient Lourdes. Nonetheless, Stonehenge could act as the Rosetta Stone to unlocking the mystery of consciousness.

As quantum science continues to evolve, previously unknown mysteries come into focus. Nikola Tesla made many discoveries and inventions over a hundred years ago with alternating current (AC) electricity being the most notable. Yet, Tesla’s genius carries on impacting us as scientists finally decipher his other discoveries. In the 1930s, Tesla described an energy source that could provide unlimited power, termed radiant energy, cosmic energy, tachyon energy or zero-point energy (Brooklyn Eagle and North American). Physicists today call it scalar energy while ancient practices use terms such as prana, chi, ki and life force. Scalar energy is all around us, ushering Nobel Prize winning physicist Richard Feynman to declare that there is enough energy in the space of a teacup to boil all of the oceans of the world. Its consequence could lead to the restructuring of entire industries, hence the pressure on incumbents to keep it at bay.

Unlike electric waves, magnetic waves and electromagnetic waves, scalar waves possess a pattern that no known device can yet measure. Because the wave pattern is circular and non-linear, the energy does not decay with the passing of time or space. This means that scalar energy travels faster than the speed of light, penetrates all matter and carries a plethora of information. Professor Dr. Konstantin Meyl has demonstrated that neutrinos are magnetic scalar waves and explains in a research paper[1] that the double-helix DNA acts like a cellular tower by receiving and transmitting information-carrying photons to establish a co-resonance of photons not only within the body but throughout the universe using the background network of scalar energy (referred to as the zero-point field) as the transferring medium. Thus, photons or light embedded in base-pair genes represent consciousness.

Returning to the mystery of consciousness, Lynne McTaggart details numerous experiments on measuring and determining the effect of focused intentions on matter and energy. As all human cells, except reproductive cells, contain DNA this indicates that virtually our entire body is connected directly to the field. Current research shows that remote intention by groups of individuals can and do alter the outcome of an event beyond statistical significance (McTaggart, The Field, pp. 109-122)[2]. Many other researchers have accumulated similar evidence which mainstream science continues to disparage as the pressure on incumbents remains great.

Quantum physicists believe that the zero-point field is essentially an entropic mess of scalar energy vibrating through an infinite number of possible frequencies until that energy is observed or the subject of consciousness, whence that energy becomes organised and transforms into matter. For instance, when a meditation group intensely focuses its attention on a pancreatic cancer patient, whether physically present or on the other side of the world, photons imprinted with healing intentions are released from within cellular DNA that interact with the zero-point field to travel instantaneously to the DNA within the pancreatic cells of the patient to initiate healing. Does this actually happen? For now, it’s only a theory but its healing outcome has been statistically confirmed in experiments.

While Stonehenge is located in Wiltshire, the Medica Health team would like to think that the new centre for healing and re-energising resides in Lancashire. Mankind has barely scratched the surface on understanding and incorporating quantum science and consciousness into healthcare technology. Join us again next week as we delve deeper into the world of energy medicine and quantum healing.

[2] McTaggart, Lynne. The Field: The Quest for the Secret Force of the Universe. New York: HarperCollins, 2002

END_OF_DOCUMENT_TOKEN_TO_BE_REPLACED